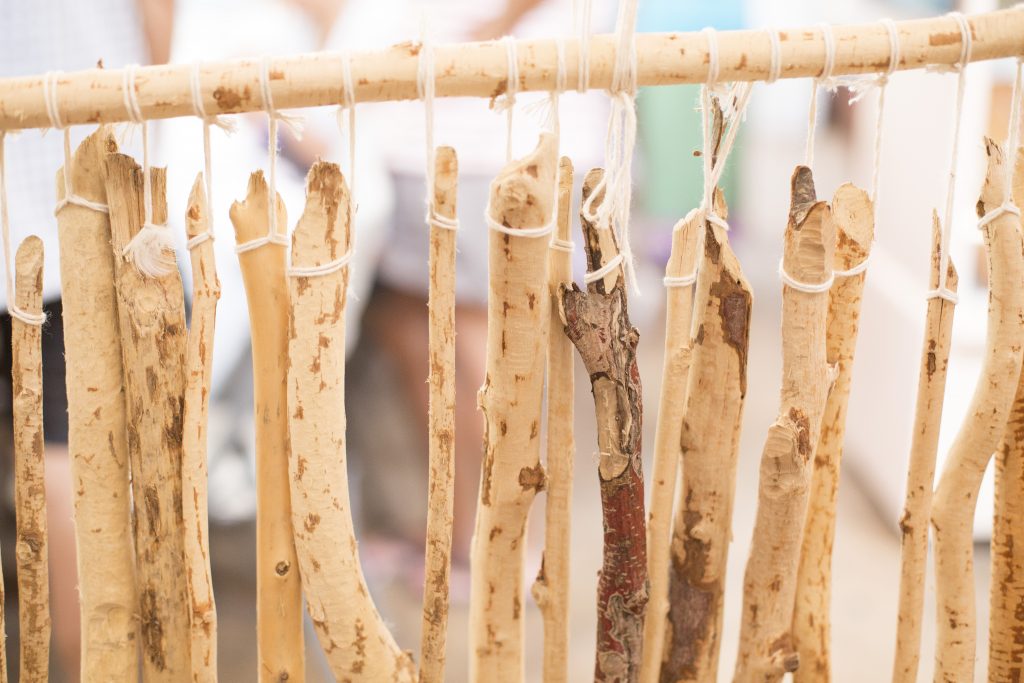 In the spirit of partnership and reconciliation, a landmark agreement to explore salmon reintroduction into the Columbia River Basin between the Syilx Okanagan, Ktunaxa and Secwepemc Indigenous Nations, Canada and British Columbia was signed today in Castlegar. The Letter of Agreement is a commitment by the five governments to collaborate on exploring the reintroduction of Pacific anadromous salmon into the Canadian portion of the Upper Columbia River Basin. The reintroduction of salmon into these areas hopes to restore fish stocks to support indigenous food, social and ceremonial needs.

This collaborative effort will complement the current negotiation process between Canada and the United States to modernize the Columbia River Treaty. The Government of Canada is working closely with the Province of British Columbia and the Syilx Okanagan, Ktunaxa and Secwepemc Indigenous Nations to shape Canada’s approach to these negotiations.

“The restoration of salmon to all parts of the territory, including that of the Upper Columbia, is part of our inherent rights and responsibilities as Syilx Okanagan People. ntityix (Chief Salmon) is one of our Four Food Chiefs, and a central part of securing Syilx food sovereignty. Moving forward we are dedicated that these efforts not just use the best, cutting edge science, but also align with Syilx Okanagan traditional knowledge, cultural beliefs and practices for successful return of salmon, protection of our waters and the health of the planet”.
– Chief Chad Eneas, Penticton Indian Band

“The Syilx Okanagan Nation remains steadfast in our commitment to salmon reintroduction throughout all parts of the territory, including that of the Upper Columbia. As we have exhibited with the reintroduction of salmon in the Okanagan sub-basin, the Syilx Okanagan Nation have the vision, leadership, and science and technical capacities to ensure that this work is successful. Today represents a monumental step forward, as it will be through partnerships with the Ktunaxa and Secwepemc Nations, as well as the Province of BC and Government of  Canada, that these efforts will be fully realized.”
– Chief Keith Crow, Lower Similkameen Indian Band

“The loss of salmon from ?amakis Ktunaxa (Ktunaxa Nation territory) has had profound and long-term impacts on our Nation: socially, economically, culturally, spiritually and ecologically. The impacts to us have been comparable to the impacts of residential schools and forcing us on to reserves. We have been working to restore the salmon since at least the 1950’s, and today I am thrilled that the five governments that need to work together are doing just that: committing to work collaboratively to see what we need to do together to bring the salmon back. This is one small step on the long road to reconciliation.”
– Kathryn Teneese, Chair, Ktunaxa Nation Council

“I am very honoured to be a part of this signing to reintroduce the salmon back to our Columbia River. My Grandfathers Adrian Teneese and Chief Louie Arbel would have remembered the salmon run. This is the beginning of a challenge that we will overcome to bring our salmon back. I believe that my grandchildren and future generations will be able to fish the salmon once again in the Columbia River. This was the essence of our culture and life that kept us healthy not only physically but was the bond of our communities. Today we have a duty to make sure the waters are healthy so when the salmon return they will be able to reproduce and give us the sustenance that is crucial to our future generations.”
– Chief Barb Cote, Shuswap Indian Band

“ The Government of Canada is committed to a renewed relationship with Indigenous peoples based on the recognition of rights, respect, cooperation, and partnership. By combining science and research with Indigenous knowledge and advice, we stand a much better chance of successfully reintroducing salmon to this portion of the river and, ultimately, increasing Indigenous communities’ access to more fish for food, social, and ceremonial purposes.”
– The Honourable Jonathan Wilkinson, Minister of Fisheries, Oceans and the Canadian Coast Guard

“The historic loss of salmon migratory access to the Canadian portion of the Upper Columbia River has been a longstanding concern in the Columbia River Basin. I’m pleased that the Department of Fisheries and Oceans with the Province of B.C. is working with the Syilx Okanagan, Ktunaxa and Secwepemc Indigenous Nations on this significant project. The signing of this important agreement is the first step in a multi-staged process to explore how salmon can be reintroduced back into this important watershed.”
– Pamela Goldsmith Jones, Parliamentary Secretary, Global Affairs Canada

“Salmon are integral to Indigenous communities and to the economic, environmental and social fabric of British Columbia. With this Agreement, the partners are taking a significant step towards bringing salmon back to the Upper Columbia Basin to protect and enhance salmon stocks for future generations. This signing demonstrates our government’s commitment to implementing the United Nations Declaration on the Rights of Indigenous Peoples.”
– The Honourable Doug Donaldson, Minister of Forests, Lands, Natural Resource Operations and Rural Development

Quick Facts:
● The construction of the Grand Coulee Dam in the 1930s and 1940s in the state of Washington blocked salmon from reaching the Upper Columbia River in Canada leading to the extirpation of salmon stocks.
● In 1964, Canada and the United States implemented the Columbia River Treaty to develop the hydroelectric potential of the Columbia River Basin and to manage flood risk. For more than 50 years, the Treaty has been a model of efficient work and cooperation benefiting both Canada and the United States.
● The two countries are in the process of negotiating to modernize the Treaty. The next round of negotiations is scheduled to take place in Cranbook, BC, September 10-11, 2019.
● The signing of the Letter of Agreement demonstrates a renewable three-year commitment amongst five governments to work together to explore ways to reintroduce salmon into the Upper Columbia River Basin. The reintroduction of salmon into these areas, if successful, could restore fish stocks to support indigenous food, social and ceremonial needs and harvest opportunities for Indigenous and non-Indigenous communities.
● Federal and Provincial science advice and Indigenous traditional knowledge will be key to ensuring any reintroduction of salmon into the Upper Columbia River is successful.

Upholding their mandate to protect and advance Syilx People’s Title and Rights, the Chiefs Executive Council has been negotiating with Canada at a Recognition of Indigenous Rights and Self-Determination table. We know who we are. Through this process, the government of Canada can finally and formally tell itself and all of its bodies to recognize […]

Way’ Chiefs, Councillors and Membership, Following the Okanagan Nation Alliance (ONA) Annual General Assembly of July 17-18, 2019, it is important to emphasize that the proposed Recognition Agreement process is one of de-colonization where we as members of the Syilx Nation finally hold the power to decide how we are to govern our collectively-held territorial […]

The Okanagan Nation Alliance is proud to release the digital publication of our 2018-2019 Annual Report. The Annual Report is developed every year to support the ONA Annual General Assembly, and illustrates the breadth and depth of the work that takes place throughout the organization over the past fiscal year. It also represents our continued […]

tkwəɬniwt (Westbank), Syilx Okanagan Territory: The Okanagan Nation Alliance (ONA) is proud to announce that our Annual General Assembly (AGA) will take place from July 17-18, 2019. This event provides Syilx Okanagan people with the opportunity to gather as a Nation, celebrate the many successes that have taken place for our people over the last […]

sɬuxʷqaynm (Castlegar), Syilx Territory: On June 24, 2019, as part of the Okanagan Nation Alliance’s (ONA) ongoing effort to bring salmon back to the Upper Columbia, a sockeye fry release and cpu taʔstm iʔ xaʔxʔitət uɬ ck ́aʕxtm iʔ ntytyix Salmon Ceremony took place at Millennium Park in sɬuxʷqaynm, BC. These actions are central to Syilx […]

tkwəɬniwt (Westbank), Syilx Territory: From May 9-12, 2019, the Okanagan Nation Alliance (ONA) will host the 11th annual Spirit of Syilx Youth Unity Run. This event brings over 100 Syilx youth from across the Nation together to run through 350 kilometers of Syilx territory. The Okanagan Nation is currently facing an opioid overdose crisis, alongside […]