“…water will always find a way around obstructions, under, over and through” Syilx Water Declaration, 2014.

The Okanagan Basin is experiencing increasingly intense t̓ik̓t and debris-flow hazards, but overall these are not mapped or recorded. Most recently, the Syilx Okanagan territory was heavily impacted by extreme flooding, on and off reserve, in 2017 and 2018. Since contact the population on Syilx Okanagan territory has settled largely in the valley bottom, filling in 85% of natural wetlands, with many permanent residencies existing adjacent to water or on floodplains.

Based on current climate change research, the magnitude of extreme spring freshet is projected to increase, and conditions similar to those experienced in 2017 and 2018 are expected to become the norm. Further, there is limited knowledge as to how these flood hazards interact with exposed communities and ecosystems, nor is there a consistent basin-wide approach to flood risk management.

In March 2018, the Okanagan Nation Alliance’s (ONA) Chiefs Executive Council (CEC) gave a directive through Tribal Council Resolution 372 for the Natural Resources department to complete a flood risk assessment, floodplain mapping, and an emergency response approach for the Nation. This includes a need to find solutions on how we may collectively better live with t̓ik̓t and have a coordinated approach to emergency response. By developing an Okanagan-basin (including the Similkameen watershed) risk assessment, the Nation can be proactive, and make risk-based decisions regarding their territory and communities, and determine what priority measures can be taken, if possible, to improve safety, reduce, or even negate, the effects of t̓ik̓t events.

t̓ik̓t has always been a natural part of the Syilx landscape. Western approaches to water situate it as a resource to be controlled and exploited for people’s benefit. In contrast, Syilx Okanagan land-based knowledge on water is more localized and holistic. From a Syilx Okanagan perspective, people can enhance their relationship to their local waters and learn how to live with t̓ik̓t.  t̓ik̓t also brings many positive benefits to the watershed, such as carrying nutrients for many different species and creating habitat for salmon. To have a truly effective approach to t̓ik̓t, and water management in general, we must integrate Syilx and modern watershed management practices moving forward.

This project’s objective is to understand the risk due to t̓ik̓t and debris flows within the Okanagan and Similkameen Basin in order to support flood risk mitigation planning. This will be done by:

In 2018-19, we completed the initial phase of a multi-year t̓ik̓t adaptation initiative. The Federal Government National Disaster Mitigation Program (NDMP) was set up to reduce the risks and impacts of t̓ik̓t on citizens. This program is administered on behalf of the Province by the Disaster Mitigation Branch of Emergency Management BC.

The NDMP four streams include:

ONA contracted Ebbwater Consulting (http://www.ebbwater.ca/wp/)with their flood management and engineering experts to carry out the Risk Assessment, with direction from Syilx knowledge keepers. Engagement of community leaders is a key aspect of the project. A Risk Assessment is a process to determine the nature and extent of risk, as well what are the potential impacts of future t̓ik̓t events.

A Risk assessment will support the Nation to be proactive in t̓ik̓t planning, guide mitigation solutions and for emergency management. For more information please visit: http://www.ebbwater.ca/wp/services/flood-risk-assessment/

Funds are currently being pursued to assist with the next step of mitigation planning.

There are six Syilx (Okanagan) Nation member communities located in the study are, as well as three regional districts and 14 municipalities.

The Syilx Okanagan Flood Adaptions Steering Committee, is comprised of political and technical representation from: 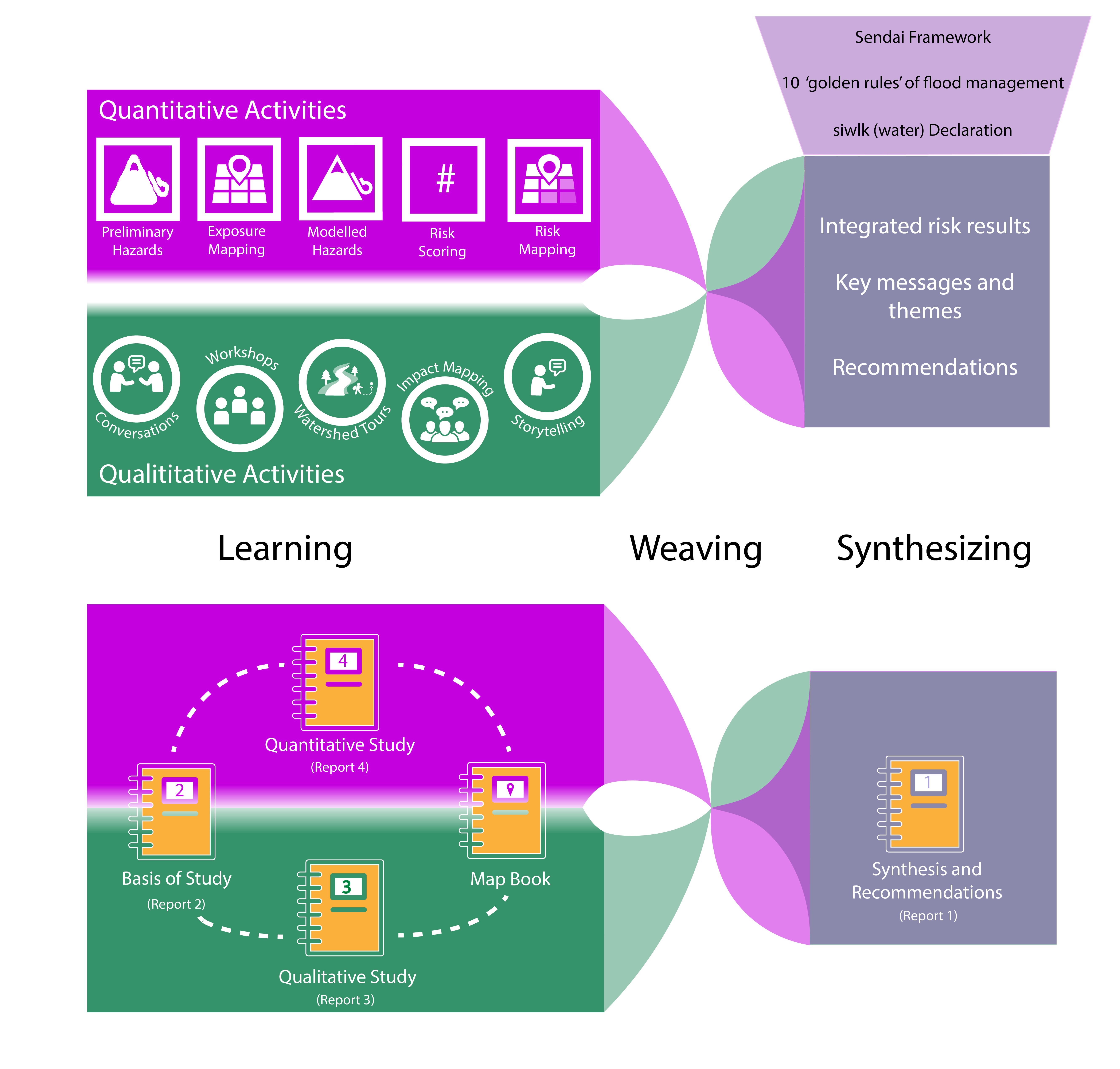