In 2005, BC Hydro planned to add a third transmission line running from Merritt to Coquitlam to supply the lower mainland with power from the Columbia River dams.

History: Prior to the signing of the Enduring Relationship, the Syilx Okanagan Nation was not included in the decision and did not see any recognition of the impacts of the transmissions lines. After several difficult meetings between Syilx Okanagan leadership the BC Hydro executive members, an agreement was reached that allowed the Nation to now be included in planning for the ILM and to receive certain benefits coming out of the project. The agreement also included the Enduring Relationship. Once the Nation was included, we were able to complete environmental assessments, archaeology impact assessments, and more to ensure that Syilx Okanagan Title and Rights were not infringed upon in the completion of the project. The third transmission line was completed in the fall of 2015. 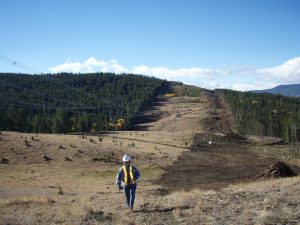 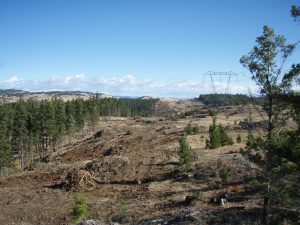 There continues to be ongoing monitoring of environmental effects, habitat and restoration initiatives along the transmission line.
Menu