BC Hydro planed to install two 500MW generating units in the existing bays at the Mica Generating Station.

History: An Impact Benefits Agreement (IBA) has involved several years of negotiations between the Syilx Okanagan Nation and BC Hydro. Prior to the 2011 Enduring Relationship, the CEC withdrew from frustrating IBA negotiations with BC Hydro and re-engaged a few years ago. The CEC negotiators re-opened these discussions with the Vice-president of BC Hydro and more talks are planned aimed at reaching a respectful benefits agreement on this facility. By 2013 both generating units were delivered to Mica dam and were installed and in service by 2015. In 2019 the EEC’s Negotiations Team was able to negotiate a ground breaking agreement with BC Hydro that moved away from providing blanket or any substantial releases, like older Impact benefit Agreement (IBAs) required. This allows the Nation to conduct appropriate socio-economic studies to properly assess impacts of the whole facility over time, to be provided lump sum payments by BC Hydro, and has protected the Nation to pursue future litigation, if necessary. 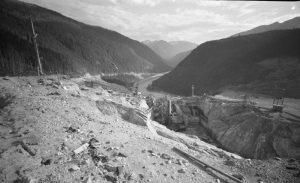 WFN is currently moving forward with a procurement opportunity at the Mica Dam.
Menu