Since 2004, ONA has stocked Skaha Lake with hatchery-reared Sockeye fry in an effort to re-introduce them to their former range.  Questions have been raised regarding the impact of Sockeye-kokanee interactions, for both juveniles and adults.  ONA surveys the kokanee spawning population in Penticton Channel and Shingle Creek each year to determine if Sockeye could be negatively impacting kokanee.  From 2011 to 2014 high flows through Skaha Lake Outlet Dam allowed a large number of Sockeye to migrate into the lake.  In addition, starting in 2014 ONA has been monitoring the fish ladder at the base of Skaha Dam to evaluate adult Sockeye passage.  Biologists will estimate the Sockeye proportion spawning in the Channel.

ONA works in partnership with regulating agencies (MFLNRO and DFO) and they are aware of all our projects. The Okanagan Nation has never signed treaties, nor relinquished our right to harvest and manage the fishery.  Ultimately, ONA is working to study and manage the fish community as a whole. 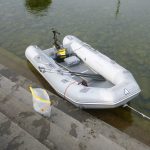 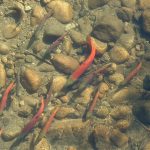 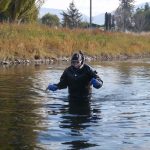 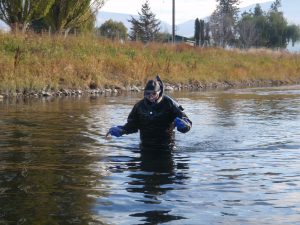 Sampling commences the fourth week of every September until the end of the kokanee run, typically the middle of November. Survey timing varies from once per week to every two to three days, with increased frequency during peak spawning.