A new, secondary transmission line to the transmission network delivering electricity to West Kelowna and Peachland.

History: Discussions with the Nation began in 2015 on route options to minimize impacts on the environment and sites of cultural significance. The close working relationship since the beginning of the project has allowed the Nation to co-design a project that respects Syilx Okanagan Title and Rights. This has been the first project to be fully planned, studied and engaged with the Syilx Okanagan Nation under the full terms of the Enduring Relationship and the Nation is not only engaged, but actively involved at an early stage which is unprecedented with past BC Hydro projects. 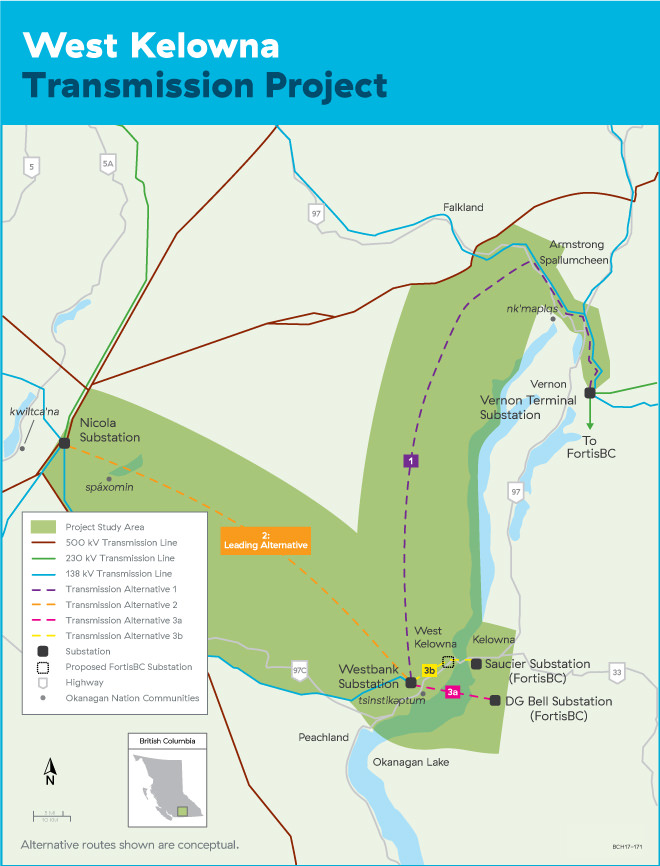 For more information on WKTP, you can visit BC Hydro’s website: www.bchydro.com/wktp 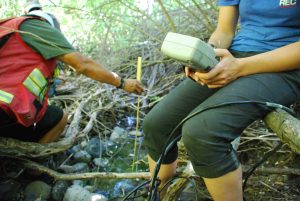 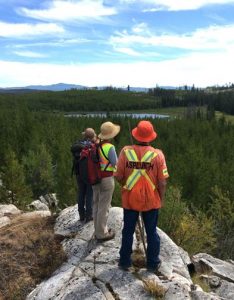 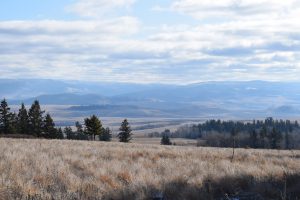 Work is on-going, collaborative and successful to date. Best routes are currently being studied and will be selected only with EEC and then CEC consensus. WFN is the lead of the PRC for this project with support from UNB, OKIB, PIB and ONA and is fully funded by BC Hydro.