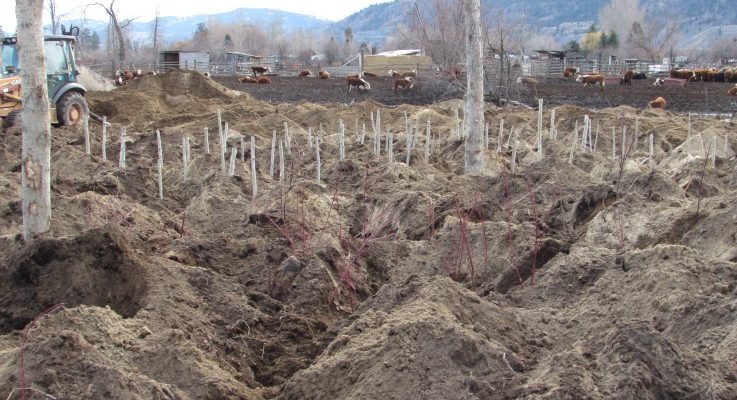 The Penticton Indian Band, Okanagan Nation Alliance, and Transport Canada are working together to restore ʔarsikʷ (turtle) passage. In 2013, a chain-link fence on the airport’s eastern perimeter was replaced with a new fence constructed with a buried apron to prevent medium- to large-sized animals from entering the runway area. The apron closed a gap at the bottom of the original fence, unintentionally creating a barrier to Western Painted Turtle movement between their aquatic habitat on the Penticton Indian Reserve and turtle nesting sites in sandy soils between the airport fence and runway. The ONA wildlife technicians are working towards enhancing wetland and habitat restoration and monitoring turtle movement to inform effective habitat protection and improvement

This project is working towards restoring turtle passage at the Penticton oxbows.

The ONA and the Penticton Indian Band Natural Resources Department partnered on a wetland/habitat restoration project intermingled with cultural rejuvenation. A prescribed burn was conducted at the Penticton Oxbows between the airport and the channel parkway.

The small prescribed burn was conducted to reduce noxious weeds in particular targeting the invasive, non-native plant kochia. Kochia can be difficult to manage, mostly due to its ability to spread and quickly establish itself as a major weed, particularly in drought years. Controlled burning has been used as an effective landscape and ecosystem restoration and management tool for hundreds of generations, and will be incorporated in future to ensure ecosystem health and resilience.

The goal is to distribute these boxes to each of the bands and potentially involve them in future monitoring. 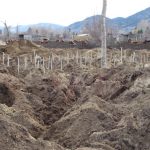 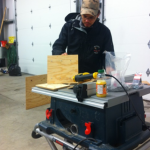 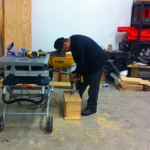 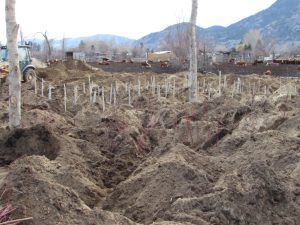